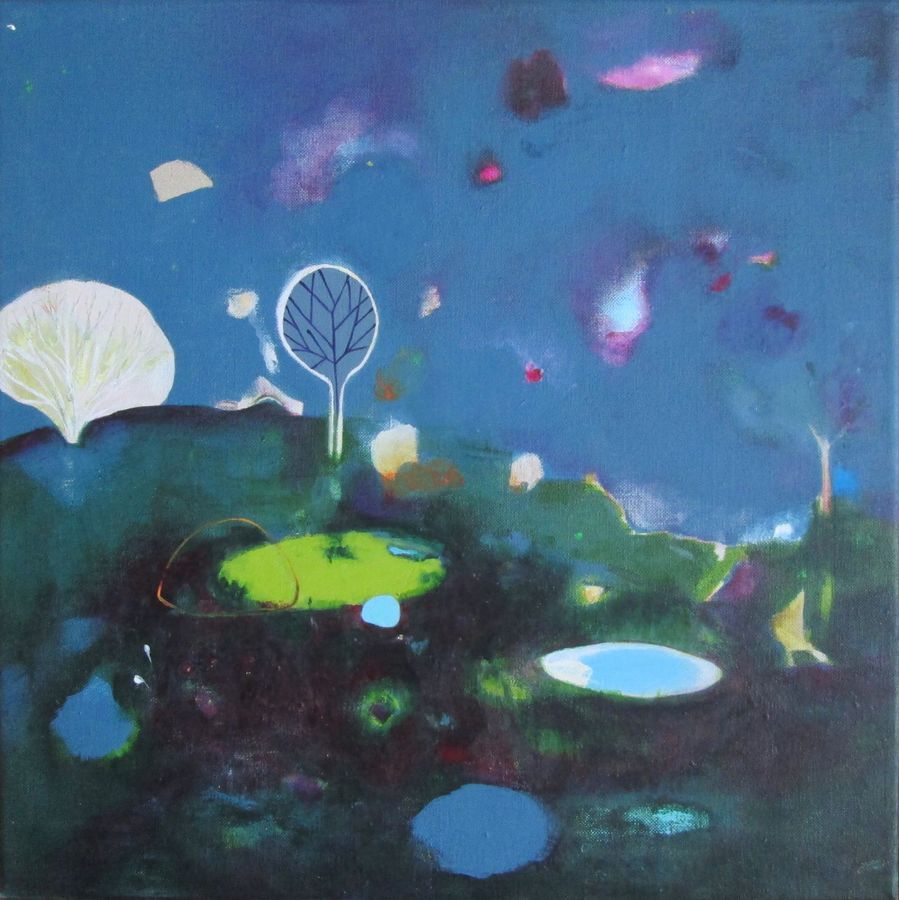 1. When you were young, what job did you picture yourself having as an adult?
I only ever really wanted to be drawing or painting for a living, but I had no concrete vision of how I would achieve that.

2. When did you first realise you wanted to be an artist?
I think, consciously, I was maybe around 14.

3. Were you good at art at school?
Yes I was, but there were still highs and lows. Periods of making interesting work and other periods of being quite stuck.

4. Do you remember the first exhibition you went to?
My grandmother was an artist and living in London so I was exposed to the culture of going to art galleries a lot. Also I grew up in Cambridge which has access to great institutions, specifically the incredible and unique Kettles Yard, but also the Fitzwilliam. I remember an Elizabeth Frink show that I saw at the latter when I was about 15 that left a big impression. But mostly the collection, the setting and the atmosphere at Kettles Yard made the biggest impression on me, and still does in many ways. I go back there whenever I can.

5. Which artists do you most admire?
Too many, but maybe if I had to pinpoint somebody right this second it would be Bill Traylor. He painted over such a short period of his difficult life, when he was already very old, but his work is so strong, and free and striking. I never ever get tired of looking at it.

6. Which talent of his do you covet?
That freedom and effortless simplicity.

7. If you could own any one painting in history, which would it be?
Well if I was smart I would just pick the most valuable and sell it, but of course that’s not really the point! It’s very tricky to narrow down! Maybe something like Henri Rousseau’s The Sleeping Gypsy which is in the Met in New York. It’s so striking and mysterious. And the colours! I go and stare at it whenever I’m in that city. I couldn’t imagine getting tired of it.

8. What’s the best exhibition you’ve seen recently and why?
I loved the Rose Wylie at The Serpentine in London. So fresh and original and free.

9. Is there one place that’s had a decisive influence on your work? If so, in what way?
That’s an interesting question. Maybe everywhere I’ve ever been! I used to mostly live in cities, but now I live on Dartmoor which is pretty wild countryside and there is definitely a pre-dominance of nature in my current work.

10. Where in the world would you like to spend six months making your art?
Somewhere warm. Anywhere interesting with some sun! Maybe by the sea somewhere exotic to see how that would affect my work.

11. What subjects are you always drawn to in your work?
The mystery of life. The unknown. Other dimensions or ways of feeling the world.

12. Which colour do you find yourself using in your work more frequently than others? Is there a reason why?
At the moment it would be blue but that will change, it always does. The world has felt a bit dark in the last couple of years, but I like to use bright colour alongside the blue. I still feel optimistic.

13. How often do you produce a new picture, on average?
Difficult to say as it can happen very quickly or take years to get right. Generally over a year I might have 15 to 20 pieces that I’m happy with.

16. What’s your most treasured possession?
Difficult to say. We have a lot of paintings by different artists in our house. But my kids’ artwork is pretty hard to beat actually (of course most parents would say that!).

18. If you could go back in time, when and where would you go?
Atlantis.

19. What plans do you have to develop your art?
Just to keep painting and to let go a bit more, be bolder and looser and stay in the flow.

20. How would you like to be remembered?
With love.