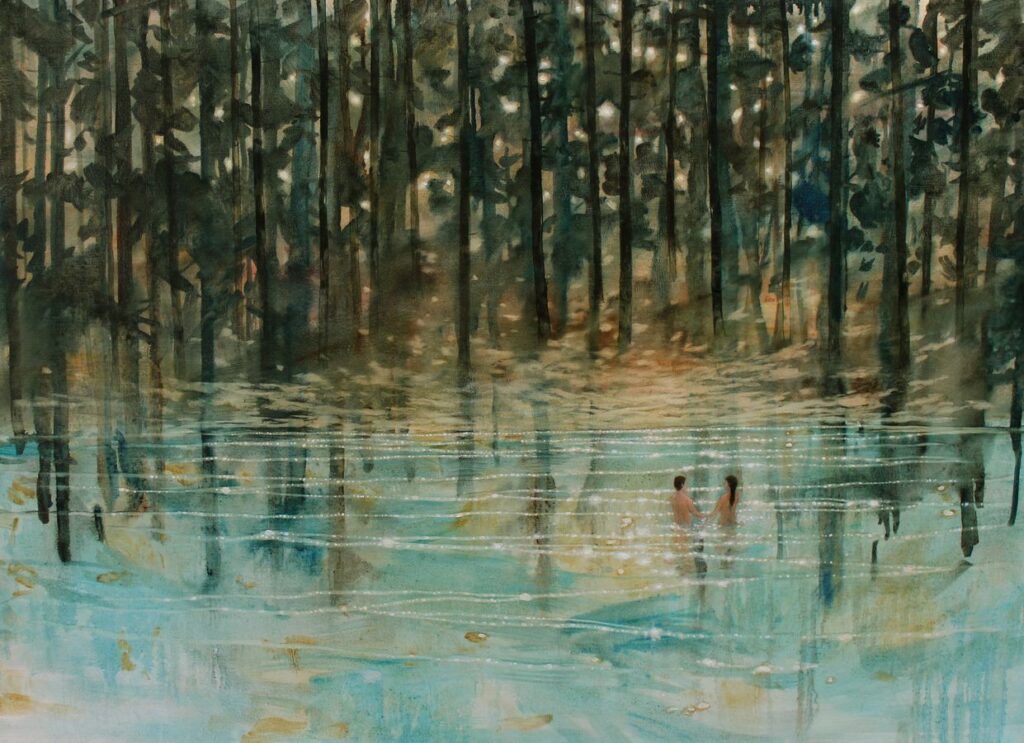 1. When you were young, what job did you picture yourself having as an adult?
I went to see the careers advisor and I think he mentioned something about graphic design. For a while I wanted to be a barrister although this was quickly followed by the realisation that I didn’t want a job in the traditional sense of the word.

2. When did you first realise you wanted to be an artist?
At about the age of 14 I realised it was probably my best bet.

3. Were you good at art at school?
Yes, but I had a very good teacher, which helped a lot.

4. Do you remember the first exhibition you went to?
The first one that had a lasting impact was a retrospective of Toulouse-Lautrec at the Hayward Gallery when I was 17.

5. Which artist do you most admire?
Peter Doig.

6. Which talent of his do you covet?
No specific talent. The honesty in his painting is what I admire.

7. If you could own any one painting in history, which would it be?
The Sphinx by Toulouse-Lautrec.

9. Is there one place that’s had a decisive influence on your work? If so, in what way?
Nowhere in particular. I draw inspiration from most places I’ve been. It can be surprising from where and when inspiration can spring.

10. Where in the world would you like to spend six months making your art?
Any mountain range.

11. What subjects are you always drawn to in your work?
Forests and mountains. Both magical places that can make you feel small but also give you an immense sense of self-awareness and peace.

12. Which colour do you find yourself using in your work more frequently than others? Is there a reason why?
Prussian blue. It’s a beautifully deep blue.

13. How often do you produce a new picture, on average?
Difficult to tell. Working in oil, I have to work on several pieces at once.

14. What’s your studio like?
Fluctuates between chaos and (relative) order.

15. How do you relax?
Travelling, reading, daydreaming, playing tennis, bouldering.

16. What’s your most treasured possession?
My sanity.

17. What’s your guiltiest pleasure?
I can’t really associate pleasure with guilt, but I probably watch a few too many rubbish films.

18. If you could go back in time, when and where would you go?
End of the 19th century, Paris. Looked kind of fun!

19. What plans do you have to develop your art?
Let’s see where it takes me!

20. How would you like to be remembered?
As a good person.